Freddie Yates loves facts. A fact can’t leave you and no one can take it away. But when he learns the surprising fact that his biological dad might be living in Wales, Freddy and his best friends sneak off to find him, unwittingly causing a chain of ‘miraculous’ events involving an onion-eating contest, superhero scarecrows and life-saving sheep. 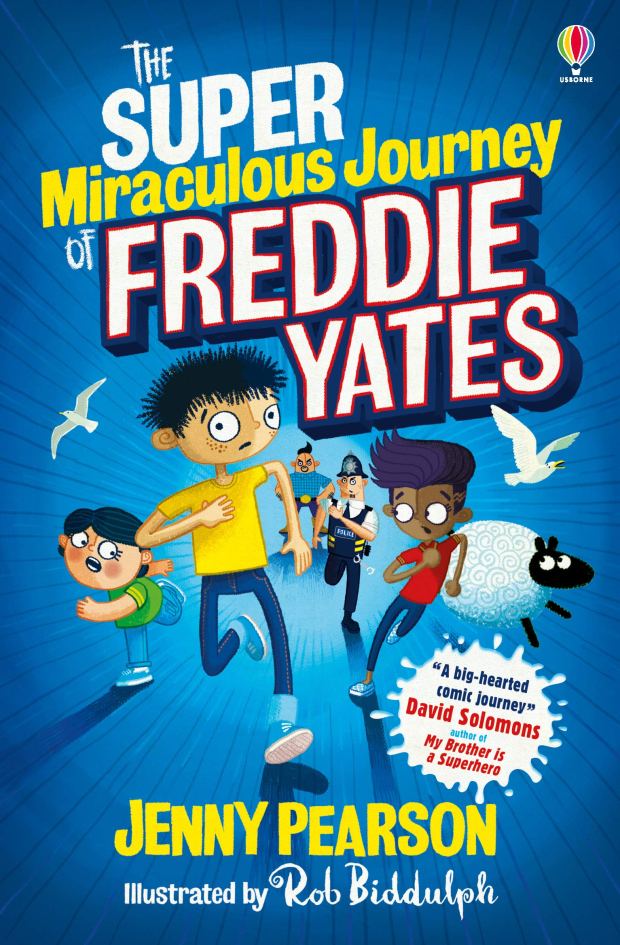 It’s the Inbetweeners for children in this riotous race across Wales told with bags of humour, heart and huge onions. Leaving a trail of miracles in their wake, these boys have no chance of staying under the radar…

But, this isn’t just a laugh-out-loud funny book. It’s a true celebration of friendship, that deals with some serious issues children in our classrooms will face with sensitivity and a smile.

Each of the friends has their own reason to sneak off, but it’s their friendship and personal vulnerabilities that keep them going when common sense would have most of us turn back.

The death of Freddie’s Gran is handled with the perfect balance of humour and gravitas. We see through Freddie’s Dad how all consuming grief can be, and the effect this can have on children in the home.

Ben’s struggle to come to terms with his new family life is painfully relatable. His dislike of his step-mum, and feelings of being pushed out simmer under the surface of his outwardly perfect lottery winning life.

And Charlie! He’ll do anything he can to put off going to Hunger Camp for the summer (me too, Charlie, me too).

I love these boys! They’re determined, resilient, loyal and the best friends you could wish for. An absolute must read!

And, Rob Biddulph’s illustrations capture the hilarity of the characters and situations they find themselves in adding to the warth and wit of the words.

Great for fans of:

Now, I’m delighted to welcome Jenny Pearson to the blog to talk about Unexpected Heroes… 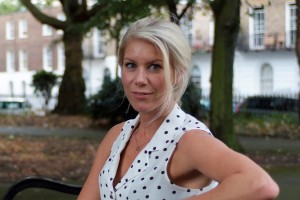 It is true to say when Freddie Yates is making his way across Wales in a Super Girl costume on a bike with handle-bar tassels, he may not, on first inspection, present himself as being that heroic. But I think the best heroes are often the ones we aren’t expecting. For me, it’s the underdogs or those who are doing something valiant, with no need of recognition, who make the best heroes. I’m going to share some of my all-time favourite heroes with you. Eeek – I’m excited! Here goes:

Auggie is a normal ten-year-old boy – he likes X-box, ice cream and going out on his bike, but there is one thing that marks Auggie out as being different and that is that he was born with a facial disfigurement. For me, Auggie epitomises what it means to be a hero. He has an incredible ability to deal with life in a positive way, even when times (and people) aren’t so positive. He shows true bravery when he starts school for the first time, and he finds humour in his situation – to help himself cope but also to help others – which is incredibly humbling to read. Of course, he has his bad days but ultimately, Auggie shows you that true heroes are often those who have the most to overcome.

Matilda Wormwood doesn’t have the easiest of times, her parents are THE WORST. They’re neglectful, horrid and fail to recognise how truly talented their daughter is. But our Matilda does not let their lack of belief in her hold her back. Through her love of books and her teacher Miss Honey, she gains belief in herself and she outwits everybody, including the gruesome Ms Trunchball, to get what she wants. Matilda inspired me to stare at my sister for hours on end in the hope that I could remove her from the room with only the power of my mind. Unfortunately, I still haven’t accessed those hidden capabilities, but Matilda will forever remain for me, a hero.

Bilbo Baggins likes his life in his hobbit hole at Bag End. He loves his books and values peace and simplicity. He’s small and timid and definitely not looking to take part in a quest and has no desire to become a hero. But that is exactly what happens when he agrees to accompany a group of dwarves to reclaim their treasure. During his journey, Bilbo draws from pools of inner strength he did not know he possessed to become a very unlikely but brilliant hero. Goodness, I love that little fella.

If you haven’t finished the Harry Potter books STOP READING NOW. I will not be responsible for ruining them for you. I can’t think of a better example of an unexpected hero than Snape – mainly because we all hated him for most the time. He’s cruel to Harry and his friends, he was the one who informed Voldemort about the prophecy that would lead to the death of Harry’s parents, we also watched him kill Dumbledore – none of this is adding up to him being very heroic. BUT THEN, we find out he was working for Dumbledore THE WHOLE TIME. Staggering.

At the end of his journey, Freddie realises that the true heroes in his life are his mates Ben and Charlie and his dad. He says from what he’s learned, superheroes don’t wear capes and they don’t need bulging biceps. Superheroes are the people who show up for you, when you need them. A bit like family. 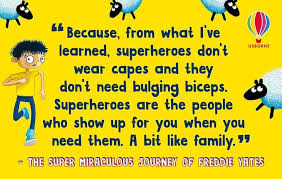 So, keep an eye out for those unexpected heroes in your life – because they’re there – I promise you.

Huge thanks to Fritha and Usbourne for inviting me to take part in the Blog Tour for the Super Miraculous Journey of Freddie Yates – do make sure you check out all of the other stops, and head over to Usborne for lots of Freddie related activities.