The World Cup is in full swing and children are coming in  buzzing about football every day, so I thought it was the ideal time to remind them about Kick by Mitch Johnson. Showing the darker side of money made off the back of the beautiful game, this gripping story is endorsed by Amnesty International for the way it highlights child labour and poverty.

Our children love Kick, so we had a friendly bet; if England made it to the final 16, I’d host a Blog Takeover. And Harry Kane didn’t let them down. So, it’s over to After School Book Club for a guest review and author interview. Enjoy!

Kick is a great book about a boy named Budi who wants to play for the best team on Earth: Real Madrid! He works at a factory which is owned by the most dangerous man in town: The Dragon. Suddenly, his world comes crashing down when he owes The Dragon.

This book is very adventurous, mysterious and heartfelt. I liked that Budi’s Grandma knew life ads of stories and told them to Budi.

I’d recommend this to people who like football,mystery and adventure. 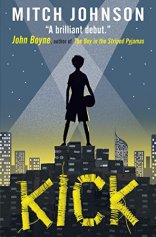 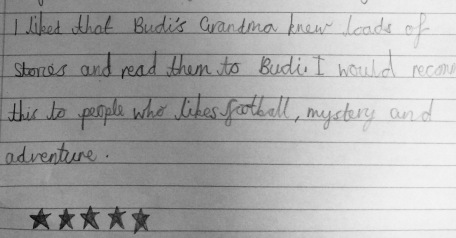 An Interview With Mitch Johnson 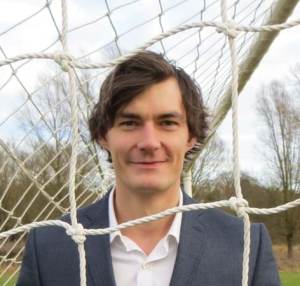 First and foremost, I would urge children to read whatever they feel like reading – I am sure there will be something for everyone on Miss Cleveland’s buckling bookshelves! But if you like discovering new places, stories full of heart, or books that make you think, then Kick might just be the one for you!

Budi’s grandma is based partly on my own grandmother who, although not much of a storyteller and never a smoker, was full of the same kindness and quiet strength. My grandfather used to talk about his time at sea when I was younger, and I remember being fascinated and terrified by his tales of mountainous waves and ill-fated voyages.

Although it is impossible to appreciate just how punishing it would be to work in a sweatshop, child labour and exploitation are so obviously wrong that I found empathising with the characters a natural response. It is because I empathised with people facing this kind of reality that I wanted to write Kick and raise awareness of an issue that doesn’t normally get a lot of coverage.

Read. Educate yourself. Stay curious. Ask questions. Be suspicious of adverts. Research brands to see whether they have been caught using unethical practices. If they have, stop buying their products; even better, contact them to explain why you’re boycotting them. Make the things that you own last longer, and when you need to replace items, try to buy from a company that genuinely believes in ethics and sustainability. Raise money for human rights charities like Amnesty International, who will do excellent work on your behalf all around the world. Ultimately, if you’re asking this kind of question, you’ve already made a great start!

My next book is about a boy called Oscar, whose father returns from a warzone and struggles to adjust to civilian life. Oscar’s great-grandfather was also affected by his time as a soldier, returning from the Second World War unable to speak, and Oscar believes that breaking this silence could hold the key to his father’s recovery. He follows a series of clues into his great-grandfather’s past, uncovering a terrible secret in the process. It’s currently with the publisher so hopefully it will be on the shelves next year!

My favourite book was The Phantom Tollbooth by Norton Juster – it’s a brilliant, bizarre adventure that is full of clever wordplay, colourful characters, and mind-bending riddles. Read it if you haven’t yet!

Hagrid. I’d get to his cabin bright and early and spend the day learning about the weird and wonderful creatures of the Harry Potter universe. Given Hagrid’s culinary reputation, I’d probably take a packed lunch.

Alan Shearer was one of the main reasons I got into football as a child, but I think if I could meet any footballer it would be El Gato, the majestic goalkeeper from Mal Peet’s Keeper.

I couldn’t watch the England v Panama game because I was working! The best match I’ve ever seen was either when England beat Germany 5-1, or when Liverpool came from 3-0 down to beat AC Milan in the Champions League final on penalties.

If a player is in the opposition’s half when a teammate passes the ball forward to him/her, there must be two players from the other team between him/her and the goal, otherwise the player is offside. Simples.

Before the tournament I thought Belgium might win, but there seem to be a lot of teams (Argentina, Brazil, Spain) who are getting results despite playing poorly, which is always ominous. I’ll go for England, because you’ve got to believe!

Thank you very much for these great answers to our questions. We’d like to tell you Miss Cleveland understood your explanation of the off-side rule, but we can’t. We know she loves picture books, so we illustrated it for her. We’re still not convinced she gets it though! 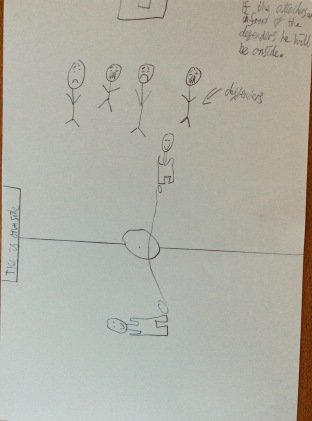 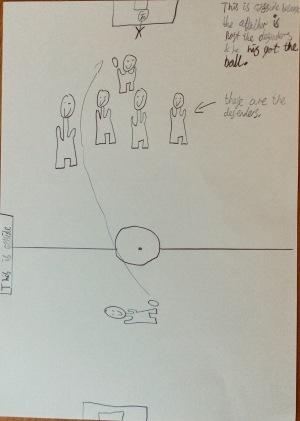 Huge thanks to After School Book Club for the wonderful review, and fabulous questions, and to Mitch Johnson for answering them so brilliantly.

And, of course I understand the offside rule, I think!